How Loud are Motorcycle Speakers?

If you are obsessed with motorcycles, we bet you like loud bikes. However, there are times that you will want to add flavor to the sound of your bike, especially on long trips. That’s when you decide to install speakers on your bike. But, if your motorcycle is loud, are the speakers loud enough? How loud are motorcycle speakers? This post will answer such questions and give you an idea about wattage, decibels, and power.

The loudness of motorcycle speakers depends on its number of decibels-sound pressure levels (dB-SPL) based on its wattage. The measurement or the number is for sensitive speakers that are about a meter away. There are motorcycle speakers with 600 W with or 90 – 100 dB-SPL, while more powerful speakers can reach up to 1000 W. For louder bikes, it is ideal to choose a speaker with 90 or above dB-SPL.

When it comes to the speaker’s loudness, it should have enough volume to be heard along with the engine’s sound. Some might suggest using a headphone, especially now that there are helmets with built-in sound or headset. However, with sounds close enough to your ears, that will make you forget the sound of that revving engine. So the best option is to install a speaker with decent or adequate sound volume to surround that addictive motor tone.

In determining how loud motorcycle speakers are, there are things to look to consider.

How is the volume measured? It is where the Decibel (dB) comes in. Anything around us can create noise like a hairdryer, refrigerator, or your sweet big Harley. All these sounds are measurable in decibels.

Decibels are logarithmic units of measurement that define the ratio between two numbers. If you are new to this or never heard about this, it may not be easy to understand at first. Alright, let’s put math to a minimum that’s easier to understand. On the logarithmic scale, you can’t just add two numbers in the usual way, or that means the doubled number is not “double as much” but many times more. Alright, let’s look at 100 dB it’s many times as much as 50 dB, not just “double as much”. When it comes to loudness measurable in Sound Pressure Level (SPL), a 10 dB increase in level is roughly equivalent to “doubling” the perceived loudness. For example, one amp generates 90 dB SPL, and the other is 100 dB SPL; this second amp is generally much louder, about double as loud to the listeners.

Nowadays, there is a lot of information available online regarding the decibel level of various sounds and how to protect our ears from sounds with higher decibels. You can also download dB meters to your smartphone so you can run a test or triple calibrate the sound around you where you have control, such as your room or home theater system.

How many watts can you get double as loud? Let’s use two amps again as an example. Let’s say one amp is rated 10 watts and the second is 20 watts. A 20 watts amp is double the power of a 10 watts amp, but this double power is equivalent to 3 dB SPL. We need to remember that to create a sound that is twice as loud, you need to increase it by 10 dB, so even if an amp is 20 W, it will not sound twice as loud as a 10 W amp. The same goes for those with high wattages. A 100 W amp will not sound double than a 50 W amp.

Each speaker can amplify sound. However, each speaker from different manufacturers has its approach to how to achieve such amplification. Some speakers have various electrical components, materials, and technologies to impact the speaker on how power translates from the amplifier into sound. And this is called sensitivity. It is an essential factor if we want to understand the potential of speaker volume. Most speakers range from 70 to 90 dB and 1W / 1m, while others are even higher.

Do you have a loud bike like, let’s say, that revving Harley? Then, we mean it when we say “loud.” It may have 95 to 110 dB. Compared to the refrigerator’s sound that is 50 dB or a hairdryer with 70 to 90 dB. Look at the list below to understand how some sounds around us measure in dB SPL.

As you can see, there is undoubtedly a much preferable speaker for motorcycles in terms of its loudness, especially for louder bikes. Remember that the more sensitive a speaker, the less power it requires from the amp for it to sound refined. Unless you are an audiophile and don’t mind spending more on the kind of speaker to install, then nothing can stop you from choosing a very sensitive speaker. Also, keep in mind that small increases in dB levels mean a significant impact on your ears. For every 10 dB increase, it is twice as loud to your ears.

If you want a much crisp and solid sound while the volume increases, you can consider attaching a more quality amplifier if your speaker is a passive type of speaker that doesn’t have a built-in amplifier. For active speakers, you might want to consider choosing the one with higher watts or dB SPL. The bottom line is that the speaker should be louder or still audible enough while your bike is bursting with that hot engine sound. see our top Loud Motorcycle Speakers list

What's in this page?

Want the latest news on Mobility Aids delivered straight to your inbox? Subscribe to our newsletter for the freshest content! 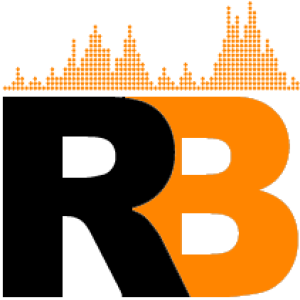 Team Ridersbeat
We at Ridersbeat are bike lovers at our core. We like it big and loud. Through our thorough research and long-time experience in riding bikes, we aim to share information to help you choose the best motorcycle speakers for you.

Find us on Facebook | Email us: [email protected] | About Me

We at Ridersbeat are bike lovers at our core. We like it big and loud. Through our thorough research and long-time experience in riding bikes, we aim to share information to help you choose the best motorcycle speakers for you.

As riders, we have an understanding of how a motorcycle works and other related stuff about it. However, our focus is on motorcycle speakers because we like to add sounds to our bikes to add a more exciting experience during every ride.

ridersbeat.com is a participant in the Amazon.com Services LLC Associates Program. As an Amazon Associate we earn from qualifying purchases.

Amazon and the Amazon logo are trademarks of Amazon.com, Inc. or its affiliates.